While taking Luke (5) and Joy (4) out for an afterschool adventure today, I ran into Merry Conway who, among many other things at Tabor, is responsible for the website. She recently added a Tabor Boy Project page which is very exciting. Tabor Boy Project crew member and current student Scott Lauermann help put the page together.

The sail training program has been and… Continue

Today's NY Times had a great article about the significant role played by Captain Conrad H. Roy, Jr of Tucker-Roy Marine Towing and Salvage and his crew in containing the US Air 1549 wreckage from becoming a major hazard to navigation in New York Harbor. Check out my post which includes an interview with Captain Roy on the Sea-Fever… Continue

As I entered Charleston Harbor this Thanksgiving aboard my sailboat I was reminded of the Thanksgiving cruises we enjoyed aboard the TABOR BOY delivering her here for the annual winter lay up. Charleston Harbor is quite different after 38 years. A magnificent bridge can be seen from miles at sea and container cranes bristle along the waterfront. In a one hour interval three large container ships arrived and a Norwegian cruise ship sailed. I recently had the pleasure of visting with Karen &… Continue


Okay, I lied about the valuable prizes but at least you got a chance to see Tabor Boy in another cool tall ships… Continue This beautiful photo of the schooner popped up today on the New Bedford Whaling Museum's Flickr.com photostream. There's lots of other really amazing stuff over there that's worth checking out.

Here's a post that I did earlier today over at Sea-Fever: Foto… Continue

I was recently on vacation from Australia in Maine and got chance to stop by and say hello. Thanks Capt. Chris, Trevor and Spencer. It was great to be onboard again after a few years!! Is there a finer schooner in the States, I doubt it!!! Tabor Boy is still a second home and family after 18 years - More Pics below… 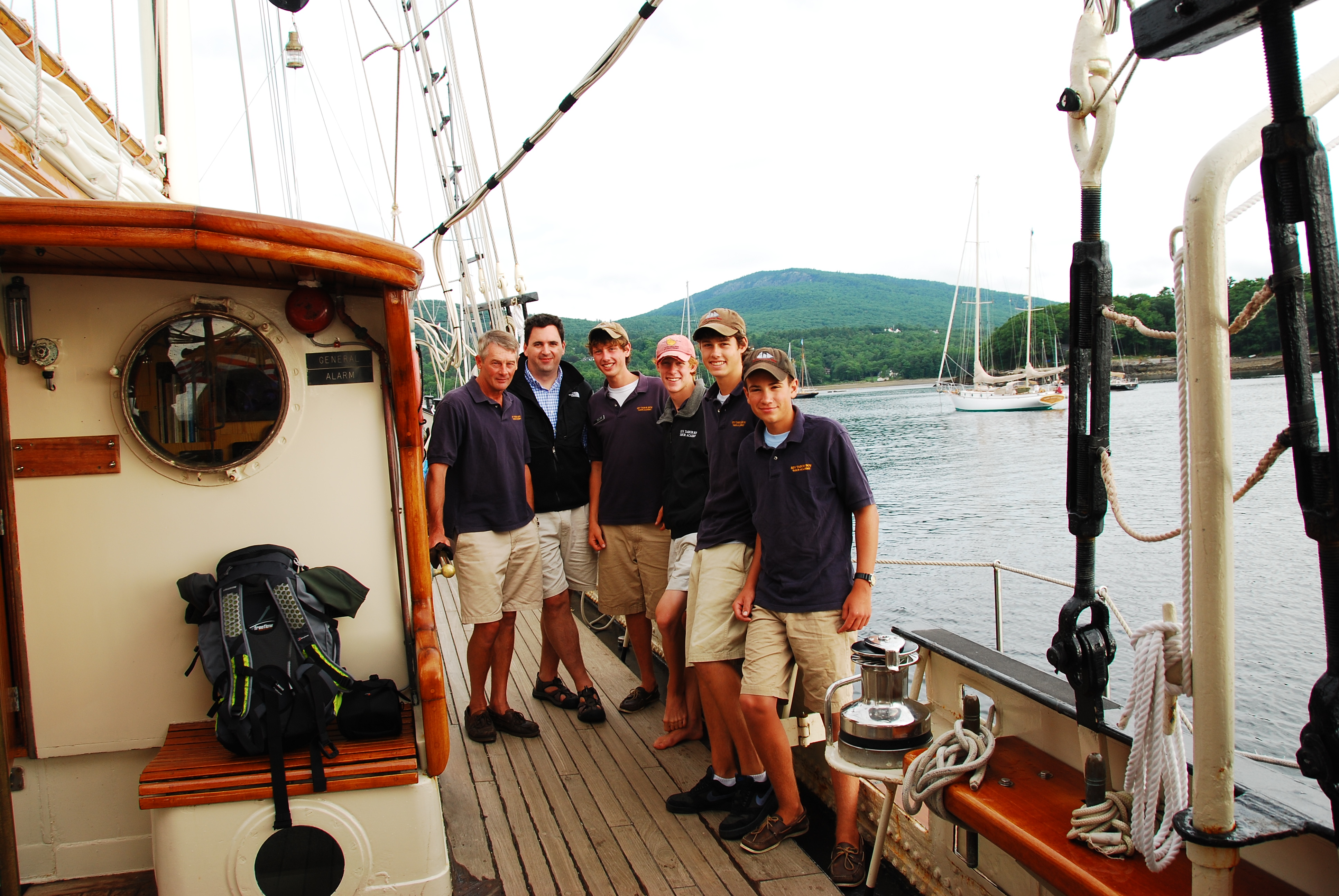 I came across a nice "letter to the editor" from past XO Andrew Major sent into Workboat Magazine (Sept 2008) regarding his experience at Tabor and on the schooner. Thought you would all like to see it! see attached PDF.

I was drafted for kid duty on Friday and thankfully my friend Randy Peffer invited Luke (5), Joy (3) and me to go sailing with him on his schooner, Sarah Abbott. It was an exquisite day on Buzzards Bay. Here's a link to a post about it on the Sea-Fever blog.

One year ago today, Alex Rivard, Class of 2008, wrote one of the best and funniest posts on The Tabor Boy Project entitled Good times, good times. No matter what era you sailed on the schooner, I guarantee that you'll find a lot familiar. It's comforting to know that the ship and experience stand the test of time. If you haven't read it before, go now. And that's an order! ;-) SMILE It had been a few days since I logged in at The Tabor Boy Project and today I was thrilled to see that we passed the 100 member waypoint on April 1st when Emerald Epke joined. Ironically, Emerald works with Bob Glover ('78) and me over at Northeast Maritime Institute and we've been trying to get her to join for months. Looks like she was just waiting for a shot at that roundest of… Continue

In August, 2007, I was in Marion to picking up a boat that I was chartering for the week for my family. I had some time on my hands and I was told that Tabor Boy was still in Fairhaven for repairs. I needed to go to New Bedford anyway, and thought I would take the opportunity to…

Yes, you read that right and being of Scottish decent, I do have a family tartan and do wear my kilt on occasion, I was intrigued that a world class university in Scotland had done a study on Sail Training, so I could not wait to read it.

The University of Edinburgh released a…

Picking up on Jamie Hutton's earlier post, how many times can you sight Tabor Boy in this Sail Training International video?

Only kidding about the valuable prizes! Hope you enjoyed the video though.… Continue

A message to all members of The Tabor Boy Project

I hope that this message finds you full of turkey but otherwise well.

It's great to start the holiday season with a day where we can take a moment to be grateful for the many things that have contributed to our lives. If you are like me, the experience of sailing Tabor Boy is one of those things that you will be forever thankful. The older I get, the more I appreciate those years at sea under sail… Continue

The Quietest Ship In the World

Last Sunday, my former shipmate Jamie Hutton XO '79 (who grew up to be a NOAA engineer) gave my son Luke and I a tour of NOAA Ship Henry B. Bigelow while she was dockside at the Naval Station Newport. Here's a slideshow of a few photos that I took which you can also view in more detail with
Jamie's comments on Flickr.com. Hopefully Jamie will also add a few comments to this post…